The Muse of Cybernetics 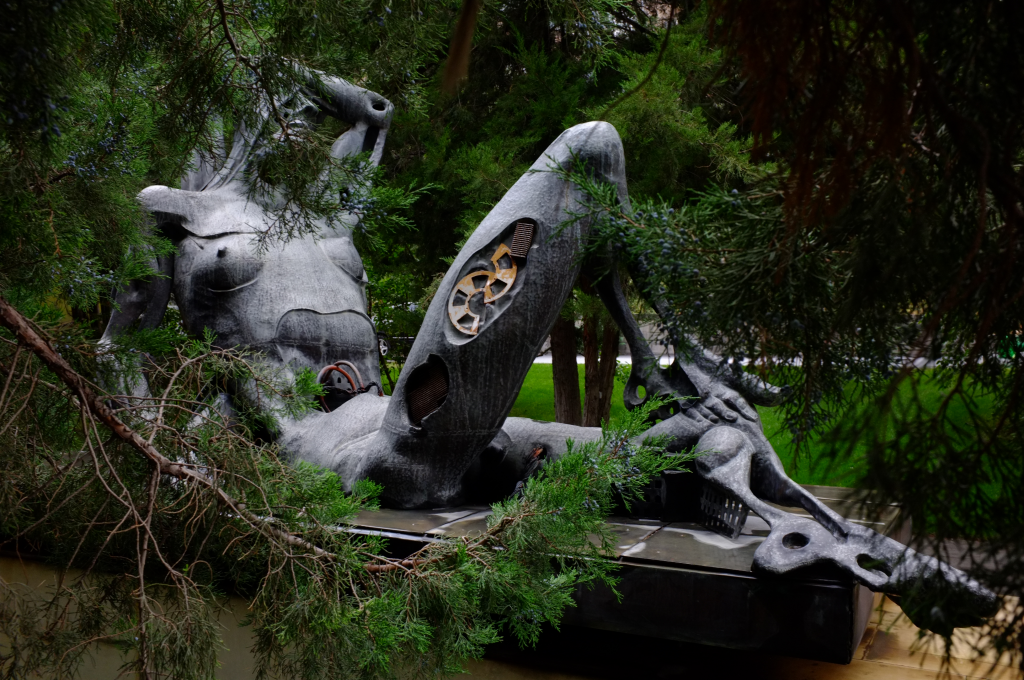 The Muse of Cybernetics year 1972,

Author of the pedestal:  Ye․ Kochar

This is an example of an "open" sculpture, the idea of which was put forward in the Dimensionist Manifesto (1936).

According to the author, in the era of total technocratization and computerization of society, cybernetics can become that idea, that muse that can unite people. This is the Muse of knowledge.

The creation of the world was not completed on the seventh day of Creation. It continues now, but with our hands. Kochar proposes a new cult-cult of the spiritualized Creation with its eternally created Goddess-Human knowledge.

... On the pedestal, symbolizing the scientist's desk, as on an operating table, lies the future goddess of Cybernetics in the process of its creation.

Part of the skeleton has not yet been formed, the joints are not yet fixed. The skin is stretched only in places, and therefore technical details of the future android are visible. Kochar on the created body of a cyborg woman showed only one part completed - her breasts. She is perfect, and as a symbol of love and motherhood, instills absolute trust and love. She is the guarantor of humanity and philanthropy of the creative and awakening power.

Kochar put a small key in the composition. Its very presence means that we have an encrypted work in front of us, and the key holder is the carrier of new knowledge.

The reclining figure of the Muse rests with its back on the side of a jug, similar to a wine carp, under the neck of which a bowl is placed. This is another of Kochar's multi-layered symbols in this composition. The symbolic call to sip from the cup is intended to emphasize the sacred nature of the moment and the action taking place.

According to Kochar's plan, the sculpture was supposed to say:

She kind of asks everyone who comes up to her to create her, revive her, humanize her.

By creating it, we create ourselves. The act of creating it is at the same time an act of self-creation and self-improvement of Humanity.

Yervand Kochar called her the Muse of Cybernetics, so that each of us, seeing her, would reflect on the need to humanize science, and mentally take an oath to serve only good.

And may the sacrament of turning from an ordinary person into a Creator be fulfilled for each of us.